This is a nut free cheesecake, since most of the vegan cheesecakes I have seen are a no bake variety with cashew cream for the base. 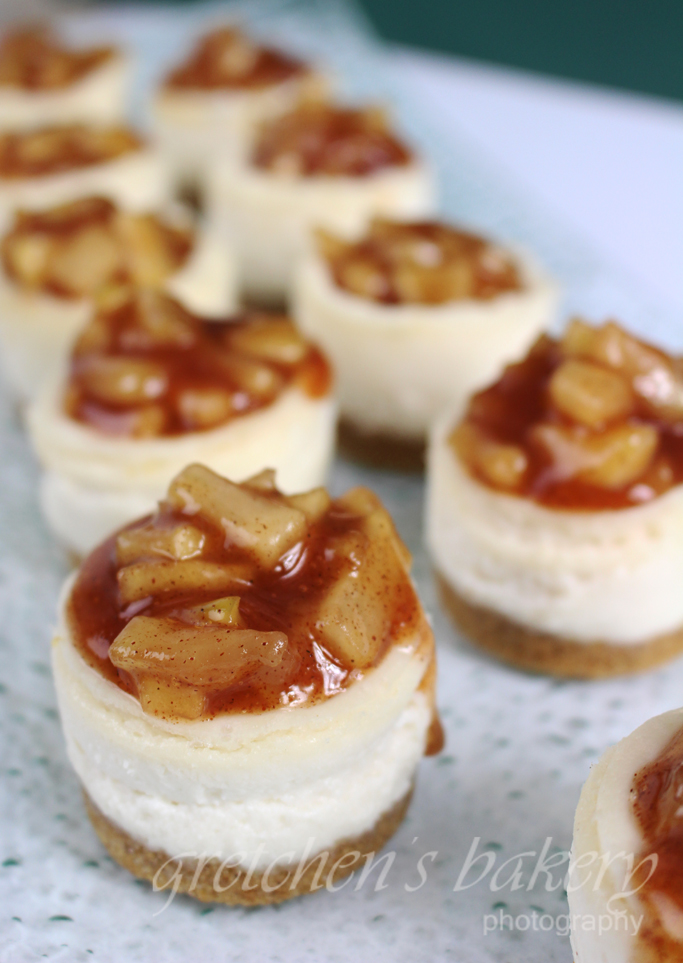 Well this is a real deal cream cheese version (vegan of course) that is so close to the real thing you are going to flip!

I use Tofutti brand cream cheese and sour cream here, but you can use whatever brand you prefer.

This was one of my first vegan cheesecake recipes I tested when I first converted my blog and Youtube channel to vegan.

If you are familiar with my newer cheesecakes I’ve been sharing here, you will see that this one is considerably different.

It does use the EnerG Egg Replacer which I do not love, whereas my other cheesecakes are using tofu, cornstarch and flour as the thickener.

Check them all out, and see which way you love best!

I will note that I brought this Vegan Apple Cheesecake to a party and where not a soul was vegan.

Let me tell you everyone flipped at how creamy and delicious these little gems were and they honestly could not believe they were vegan!

Yep, it's me Gretchen~ Owner of Gretchen's Bakery. Well, I no longer own a real bakery since I sold mine in late 2014, and since mid 2016 I make nothing but the best vegan recipes! Read More…